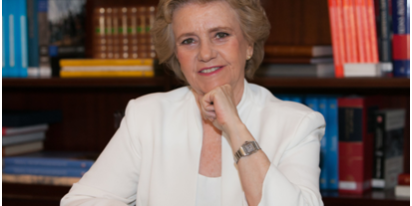 Soledad Becerril holds a degree in Philosophy and Literature from the Universidad Complutense de Madrid, she is the founder of the magazine “La Ilustración Regional” and a member of the Editorial Committee of the of Andalusia’s Autonomy Statute. She has held important elective and public positions throughout her wide professional career. She has been Deputy in the Spanish Parliament during several legislatures in Sevilla, third Vice-president of the Deputies Congress, Mayor of Seville and Minister of Culture. Since 2012 she holds the position of Ombudswoman of Spain.