Two hundred and fifty seven, or why we should all be feminists today 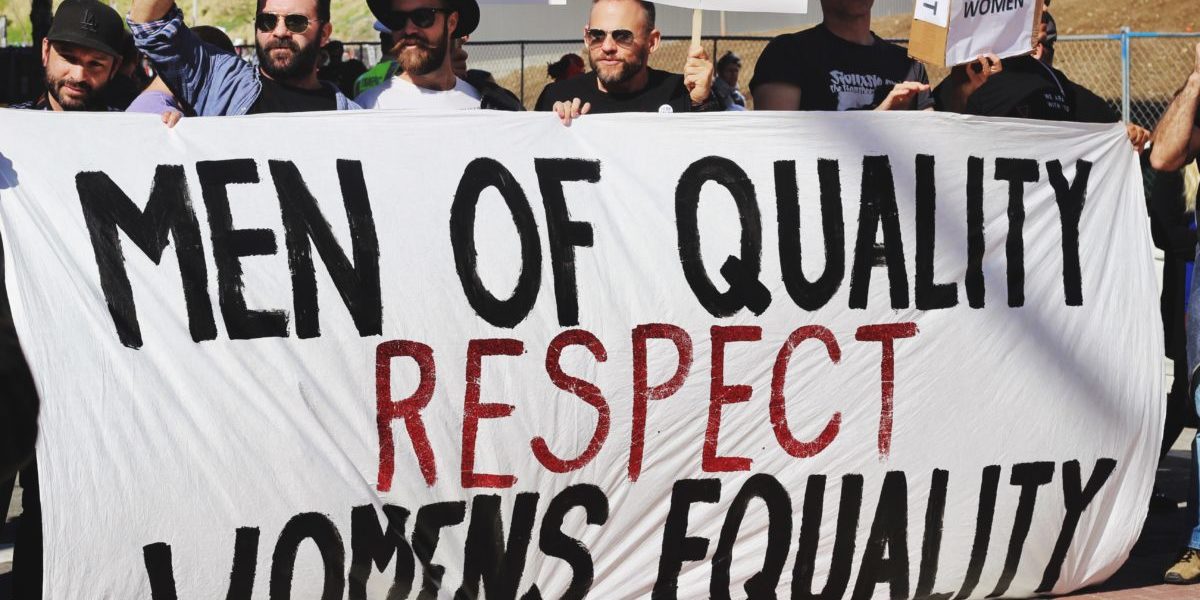 If there are words that make almost everyone react, this is one of them. There are people – mostly women, but not only – who fully assume their conviction, and for whom to be a feminist is to commit to gender equality.

And then there are those – men and women alike – who react with distrust, or even declared hostility, to a term connoted with all kinds of negative attributes. One finds there pell-mell, the memory of women burning their bra in the 70s, the shadow of Femen and their radical activism and, in various forms, all that feeds the fantasy of a world which would be dominated by vindictive and domineering women.

Why are the most feminist men afraid of feminism?

The vast majority of men are deeply motivated by good intentions. They sincerely wish the women around them, mothers, sisters, family members, friends, colleagues, and women in general, to flourish in a world of equal opportunities. When they become fathers, they dream of a professional and personal success for their daughters as for their sons. However, they know very well that this equality is not a reality. Wage and retirement gaps, inequalities in hiring and promotion, career interruptions related to maternity, sexual and non-sexual discrimination at work, the still unbalanced distribution of family care, all of these are proven facts, measured and published regularly. The data shows that, without proactive intervention, it will take another 257 years before equality is fully achieved, according to the Global Gender Gap Report 2020 published each year by the World Economic Forum. Beyond the workplace, violence against the most vulnerable women feeds the news. These facts shock us all as human beings. Why then, do not men claim to be feminists, with the same evidence that they take a stand vis-à-vis racism and discrimination of all kinds? Doesn’t identifying a problem call for a position? Are they afraid of seeing a system based on domination replaced by another, an inverted mirror of the previous one? Afraid of losing a little of their manhood by openly supporting the emancipation of the other gender? Do they ultimately prefer an imperfect status quo to a change that might destabilize them?

Why are women, who have everything to gain, afraid of feminism?

Preserving the status quo equally refrains women. Their legendary adaptability, which makes them manage situations for the benefit of their families, is a double-edged asset. It is not uncommon to see women in denial of reality despite the evidence of the data. Even if that means transmitting to the next generation a massive problem, which they have made no effort to solve, not even by opening their eyes. The strength of the status quo is certainly at stake. But isn’t there also a more intimate resistance, linked to a representation of oneself confronted with the bad reputation of the word “feminism”? What if the rejection was motivated by an unconscious desire to present oneself as “feminine”, far from the negative attributes inflicted to gender equality fighters? Is the rejection of feminism a weapon of seduction? The opposition between “feminist” and “feminine”, which nothing justifies, gives food for thought on the depth of the misunderstanding. What could appear to be a simple semantic problem remains a major blocking point and postpones the open and pragmatic conversation which must nevertheless take place in the common interest. So let’s talk about it again, in 257 years?

And if we revised the definition: Can one still call oneself a feminist today?

There is no doubt that psychological factors are strongly anchored in culture. The LeanIn movement, initiated by Sheryl Sanders, COO of Facebook, treats cultural biases not as an inevitability or even a problem. It is a challenge, or rather a series of challenges, which call for solutions. Pragmatic, backed up with precise and regularly updated data, the site provides educational content that encourages everyone to adopt good practices to spot and counter cultural biases in the workplace. No justification, little psychology. No hesitations either about whether partners, male colleagues and business leaders are comfortable with the objectives. The invitation is open to everyone. Feminin Pluriel Global, the international professional female network, has chosen a provocative slogan: “Women First”. Because it is no longer the time to ask for permission. If equality and respect benefit everyone, why wait? The approach is inclusive, the discussion is open. The results are eagerly awaited. The eradication of discriminatory behavior and the achievement of equality in the workplace are like digital transformation: Either jump on the bandwagon and thrive for the future, or ignore and be threatened with obsolescence.

This proactive and optimistic approach is gaining ground in Europe. Feminism comes out of its female ghetto and becomes everyone’s business. Voices raise to highlight the measurable benefits that companies gain from achieving gender equality in their ranks at the highest level. Inclusion is no longer just a step towards more justice, but a performance indicator of economic success and prosperity. The topic is moving from social debate to the measurement of performance. Gender equality is now part of companies’ annual reports. The emotional angle gives way to impact scrutiny.  Losing talented female employees because they are poorly paid is not neutral. The loss is measured in multiples of the annual salary, as explained by Wies Bratby, CEO of WIN (Women In Negotiation) on CNN Money. The movement is underway and eventually, women will benefit from being treated exactly like their male colleagues: neither better nor worse. They will be fully responsible, alongside them, for what will be the world of work tomorrow. Let’s not wait 257 years.