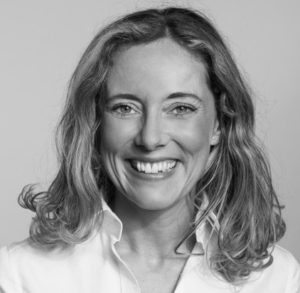 Form bands. Kiss.” While the bands are still a bit lacking, many women, in particular, are taking the gang idea to heart. In Great Britain and the USA more and more “women only” jobs are being created, and in Germany, women’s networks are gaining in importance. I would like to introduce a few of them here in a loose row. This time: Féminin Pluriel. Presented by Dr. Rosa Sanchez, the director of Féminin Pluriel Hamburg e.V.

“Women still find it harder to build up an international professional network than men. This is not least due to the fact that a large part of the so-called care work is done by women, who are therefore very tense and less flexible. Féminin Pluriel offers professionally successful women from different countries and sectors an international network that connects them professionally and personally. The aim is to promote the image of women and the role and influence of women in society and the economy.

The network currently consists of 15 local clubs, with a total of 480 members from various European and non-European countries. Each club is a non-profit organization that connects women at the local level. The exchange of experience, networking, and interaction within the network helps members to further develop their business locally and in the global network, offers them personal growth and inspiration.

The local clubs come into contact at monthly events, meetings, and conferences on various topics. Each member can participate not only in the meetings of their own local club but also in those of other clubs around the world. This offer is gladly taken up by many women who, for example, visit events in other countries as part of a business trip. In addition, regular video conferences are held, especially in view of the current social isolation strategy due to the increasing spread of the coronavirus.

Once a year, all members of Féminin Pluriel, as well as external participants, meet at an international congress in order to be inspired by an extensive program, to get to know each other and to exchange ideas. The next Global Congress, to which Féminin Pluriel cordially invites you, will take place from 6 to 8 November in Amsterdam. The event will be entitled “The Impact of Women on a Sustainable Society” and will feature relevant speaker presentations that demonstrate a commitment to the principles of the UN Global Compact.

The main goal of Féminin Pluriel is “professional networking”, but friendship and support for charitable, humanitarian and social purposes for the benefit of women and children are also important to the network and come about automatically through networking. The women of Féminin Pluriel stand for empowerment, generosity, and action. They know: together you can achieve more. When selecting its members, the network pays particular attention to personal characteristics and ensures a diversity of profiles, personal experiences, and stories within the clubs. The network sees its most important task as increasing the professional and personal influence of all generations of women who are united by Féminin Pluriel”.

The Féminin Pluriel network currently consists of 15 local clubs worldwide with a total of 480 members. The first club was founded in Paris in 1992. Féminin Pluriel promotes the networking and exchange of professionally successful women and thus aims to promote the role and influence of women in society and in the economy. In Germany, the network is represented by Feminin Pluriel Hamburg e.V.