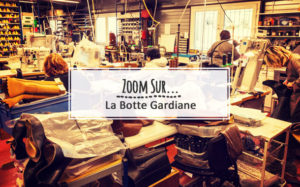 The Camarguaise brand, which has just celebrated its 60th anniversary, embodies the excellence of the authentic French know-how. A ‘Living heritage’ company since 2007, La Botte Gardiane perpetuates a know-how that has become extremely rare, as in the “sewn, nailed, glued” assembly process. Cutting soles, hand-painted edges, stitching, fitting… Two years of training are necessary to master the gestures perfectly. Everything is done on site. A pure Made in France at a reasonable price… We would be tempted to keep this address for ourselves which has become less and less confidential,  Today, the company has 23 employees. It is run by the children of Michel Agulhon, Antoine, Julien and Fanny, and offers more than 200 models in almost 100 different colors, still handcrafted. Customization is also offered on certain models. Today, the company has 4 boutiques in France and numerous resellers in Japan, the United States and Korea.

Visit followed by a coktail

Members and firends only