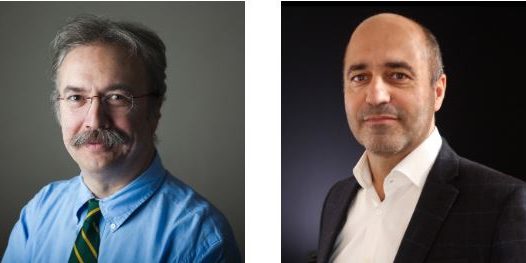 We will have the pleasure to see you again for a conference on HEALTH AND NUTRITION : The endocrine disruptors, the pesticides, the agro-industrie and the food. Followed by a cocktail diner

Dr. Laurent Chevallier is the author of several best-selling books including “Vive les Plantes”, “Healing the natural way” and “The antitoxic book”.
10 years ago he started a crusade against industrial foods and endocrine disruptors, he is the sworn enemy of chemistry on our plates; he vigorously defends the idea of ​​trusting the therapeutic powers of nature.
Fewer drugs, more plants.

Engaged in local politics, MP from 2012 to 2016, Jean-Louis Roumégas has been a member of the Parliament in various commissions close to the issues of Health, European lobbying and the Environment. As the ‘rapporteur’ of several laws on these subjects, he organized symposiums on topics such as: pesticides, vaccinal aluminum, dental mercury, new emerging diseases, endocrine disruptors, etc.

Jean-Louis Roumegas is now in charge of the Epidaure Health Resource Center at the ICM, Montpellier Regional Cancer Institute. He is also President of the Mediterranean Sustainable Association.Reserved for members and their guests
Registration on WEEZEVENT : WEEZEVENT