Féminin Pluriel, the Global Women’s network, is delighted to invite you to an evening with Veerle Berbers on impact investing. 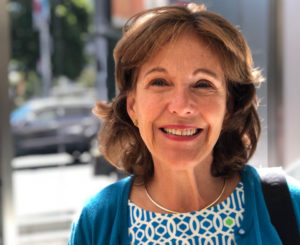 A growing number of women want to invest, not only for a financial return, but also to make the world a better place. This is called “impact investing”, an investment strategy which has globally doubled over the past two years: In 2017 $228 billion was invested with impact, compared to $114 billion in 2016 (GIIN). How can we do this ourselves?

Drs Veerle Berbers will explain how this field is developing and how even small savers can invest with a positive impact on society.

LOCATION AND TIME OF THE EVENT

Besides a career in investor and media relations, Drs. Veerle Berbers has been active in impact investing, which has given her life more meaning, pleasure and reward. It all started when she discovered fourteen years ago that her small investment in micro-finance not only helped women to start businesses but was also financially rewarding for herself! Since then she has made different type of impact investments and has gained experience which she is happy to share with you, to inspire you to become more impactful with your resources.

Veerle wears various hats in impact investing: she is a Board Member of an Impact debt fund which provides loans to leading social enterprises in Latin America & East Africa, a fund which now has an eight-year positive track record and is ranked as second in the list of 50 “Best-of-the-World” impact funds.

Veerle started her career in investor relations at Technimetrics in New York, then moved to London to set-up their European operations, overviewing European sales & research. After the company went over to Thomson Reuters, Veerle became a Partner at Brunswick, the leading global financial communication firm. Since then she has been an independent advisor in the fields of impact investing and investor relations for organisations such as Triodos Investment Management, Cordaid Investments and Pymwymic.