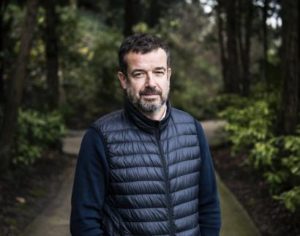 For its September back-to-work event, Féminin Pluriel Paris is pleased to welcome Régis Le Sommier for a private screening at the mythical Club 13 created in 1968 by Claude Lelouch and highlighted by interior designer Sarah Lavoine.

Régis Le Sommier is co-editor of Paris Match magazine. As a senior reporter and US Bureau Chief from 2003 to 2009 of the largest circulated French weekly publication and fifth most read in the world, Paris Match, he covered the most important events of the past decade.

He is the only French journalist to have sat down in the White House with President George W. Bush for a one on one, and he has also interviewed President Barack Obama, Donald Rumsfeld, Colin Powell, Al Gore, Arnold Schwarzenegger, Gary Kasparov, Alan Greenspan, John McCain, General Petraeus in Bagdad and General McChrystal in Kabul.

Régis Le Sommier made several trips to Iraq and Afghanistan where he embedded with various units from the Army and the Marines.

He interviewed many times Syrian President Bachar el-Assad and published the book “Assad” in January 2018. He is also the author of “Daech, l’histoire » and « Les mercenaires du calife », (itinerary of the Bataclan terrorists).

Régis Le Sommier will come and share with us his exceptional experience and more specifically a high point of his career by presenting us the unique 30 minutes documentary film that he made among the Iraqi Special Forces, during Mosul liberation in 2017.