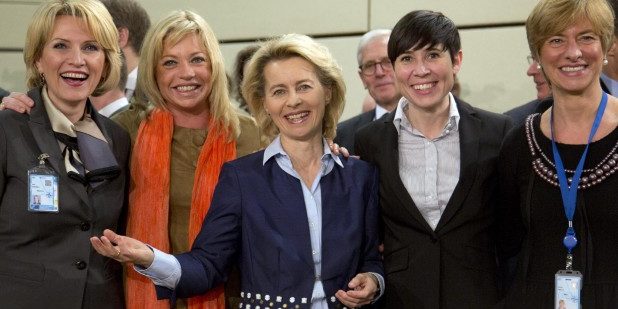 “Women in Defense”: The international rise of women as Ministers of Defense, a passing fad or a profound change ?

An article in the Guardian, 2 years ago, announced: “Female defence ministers pledge to break Europe’s old boys’ network” . The very significant feminisation of Ministers of Defense positions, especially within the NATO, but also in Australia, New-Zeland, Japan, South America, etc. is everything but trivial, all the more that in certain countries, renewals are from women to women. Why are women attracted by these functions? Is this trend spontaenous or strategic in the context of NATO alliances?